The question is no longer when the Cayman Islands Real Estate Market will recover. Latest statistics, market sentiment and on the ground activity, all indicate that it the anticipated recovery has happened and is poised to grow impressively during 2016 and beyond. As well as a significant increase in property transfers (see below), CIREBA's agents report significant uptick in activity including, showings, offers and most importantly closings. Of course, this has led to a firming up of prices in both the mid level as well as at the upper levels of the condominium and residential markets. Seven Mile Beach condos in particular are in high demand and low supply, which has resulted in record prices not seen since 2007. New product such as the Residences at the ultra-modern new Kimpton Hotel and Resort , Sea Fire, are reserving very well and receiving offers at record prices for Seven Mile Beach. Scheduled for completion in December this year, we understand offers on the penthouses have exceeded US$1,700 per sq.ft. a full 30% higher than the previous record highs for the beach, seen at the Ritz, Caribbean Club, Water's Edge and Water Colours.

Elsewhere the iconic architecture of the planned St. Jame's Point Resort has turned heads during its soft launch across the region and its developers are progressing their plans steadily aiming for a 2017 ground breaking. The project will set a new standard for design and amenity in the Caribbean resort/condominium market and again appeal to the younger, fresher set looking for a fun, stylish Caribbean experience. The mid-level residential market is also showing high demand with significant new condominium development in key areas such as South Sound.

On the commercial front, we are starting to see the green shoots of rejuvenation in George Town center, where tenants are starting to trickle back attracted by highly competitive rental rates and landlord concessions such as free fit-out and money being invested into refurbishment of properties such as Zephyr House, which is being repainted and fitted with new lobbies, bathrooms and common areas. Suites are available from 150 sf to floors of 3,500 sf and are renting fast. Cayman's economy is stronger than its been for a decade and the real estate market is reflecting this. Based upon activity to date, 2016 is looking like it will be a very good year for the Cayman Islands real estate market!

Property transfers during 2015 registered at CI$592 million were up a significant CI$58 million or 11% compared to 2014. This represents a record year for the Cayman Islands real estate market apart from 2011, whose transfers were skewed the sale of Stan Thomas properties to DART group. The highest transfer volume seen before now was  in 2008 at the very peak of the market where CI$558 million of transfers were recorded. The Cayman market crashed in 2010 with land transfers falling to CI$307 million so last years figures represent a massive 93% increase over the recent market low, representing a full recovery and bright future. 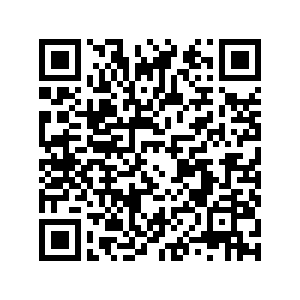 Scan the QR code with your smartphone to visit this Market Report - First Quarter 2016 on web-page.

Let us assist you with your cayman property needs.
This site uses cookies: Find out more
Okay, Thanks
)