The economy may be growing at a frustratingly slow pace, but one piece of it is booming: American homeowners' equity holdings — the market value of their houses minus their mortgage debts — soared by nearly $2.1 trillion last year to $10 trillion! Yes thanks to rising prices and equity levels, about 4 million owners around the United States last year were able to climb out of their negative equity.

The negative equity has been a messy reality for home owners and the real estate marketplace as a whole as it makes it difficult or impossible for many owners to refinance out of a higher-cost mortgage into a more affordable one. It also makes it painful to sell your home— you've got to bring cash to the table to pay off what you still owe to the bank. Plus almost no one wants to lend you money, at least not at reasonable interest rates secured by your real estate, when you're deeply underwater. So you're likely to spend less and invest less, and you're probably not going to buy another house. Nor will potential new buyers be able to purchase yours.

So when 4 million owners manage to transition out of negative equity into positive territory, that's significant news not just for them personally, but for the US economy overall.

According to the Federal Reserve's report homeowner equity has rebounded to its highest level in eight years — though it's still not quite back to the $12 trillion it was during the hyperinflationary high point of the housing boom in 2005. More good news is that, according to researchers and real estate analytics firm Core Logic nearly 43 million owners with mortgage debt have positive equity. Roughly 6.5 million owners are still in negative equity positions, however, down from more than 10 million a year ago and 12 million in 2009.

In Nevada, 30.4% of all owners with mortgages are underwater. In Florida, the percentage is 28.1%, and in Arizona, it's 21.5%. Still, all three areas have improved sharply over the last two years.

Although non-costal California markets suffered some of the most dramatic declines in property values during the bust, researchers found that the state as a whole is nowhere near the top of the latest negative equity list. With 12.6% of mortgaged homes underwater, California has a lower overall negative rate than the national average (13.3%), and has relatively fewer underwater homes than Maryland (ranked 10th worst in the country with a negative equity rate of 16.2%), Ohio (19%), Illinois (18.7%), Rhode Island (18.3%) and Michigan (18%).

Among the best markets if you're measuring for positive equity are: Texas, where just 3.9% of owners are in negative positions, Alaska (4.2%), New York (6.3%), Oklahoma (6.4%) and the District of Columbia (6.5%.) Higher-priced houses generally have lower rates of negative equity compared with houses in lower-priced areas. Just 8% of mortgaged homes worth more than $200,000 have negative equity, compared with 19% of homes under $200,000.

Having positive equity is one thing, but do you have adequate equity? Or are you, as CoreLogic refers to the phenomenon, "under-equitied"? Researchers define under-equity as mortgage debt that is in excess of 80% of your home's resale value.

This is important in practical terms, they say, because having less than 20% equity makes it more difficult for you to pursue potentially helpful financial options, such as refinancing your primary home loan or obtaining an equity credit line. About 21% of all mortgaged homes nationwide are currently in this situation, and 1.6 million owners have less than 5% equity. 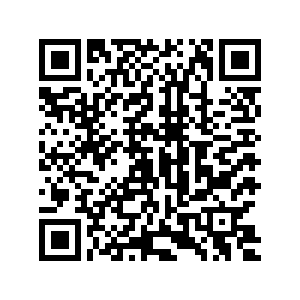 Scan the QR code with your smartphone to visit this 4 million homeowners climb out of negative equity! on web-page.