Purchasers have started to see buying opportunities in the market as some vendors have adjusted their asking prices in line with achievable values, acknowledging the effect of the global financial crisis on market sentiment. Critical to this turnaround has been the renewed confidence amongst buyers from Europe and the US. The Eurozone debt crisis no longer represents the destabilising force that it once did for the global economy. Meanwhile in the US, the on/off discussions regarding the tapering of quantitative easing (QE) had an immediate effect on confidence amongst US buyers in the second half of 2013. When the Federal Reserve clarified its position in September 2013, postponing any tapering until US unemployment reached 6.5%, demand for Caribbean homes picked up.

There is evidence of higher disposable incomes in the mid-market with interest in the $2.5m-$4.5m price bracket strengthening, particularly amongst US buyers. The weak dollar has fuelled interest from Euro-denominated buyers. An increase in enquiries from Swedish, French and Eastern Europeans was particularly noticeable in 2013. A look at currency fluctuations helps to explain why. In 2010 a French buyer looking at purchasing a $2m property in Barbados would have paid €1.53m. In 2013, due to currency rates and price movements, the same property would cost the buyer closer to €1.26m. Despite the revived optimism there remains a large inventory of properties on the market across the Caribbean. Those vendors that want to sell need to price their home realistically as buyers are highly price sensitive.

Cayman Islands Prime prices softened in 2013 but activity is rising, an indication of renewed confidence and limited new supply. Sales in 2013 were focused on Seven Mile Beach, South Sound and the Eastern Districts. We estimate prime prices have slipped by c.5% on Grand Cayman in 2013 but we expect price growth to remain static in 2014. Sales have been particularly strong in the $1m to $5m price bracket with interest from US, Canadian and British buyers notable. Passenger numbers to the island have increased by 50% since 2008 and further investment is taking place. The terminal and runway is being expanded which will increase the number of long haul flights from Europe and South America. New cruise berths are also being established at the Cayman Island Yacht Club to cater for the growing number of super yachts that visit the island each year. 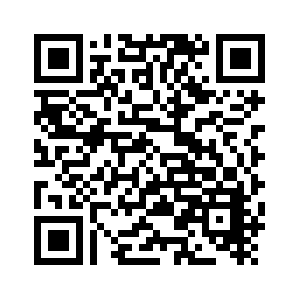 Scan the QR code with your smartphone to visit this CAYMAN ISLANDS AND CARIBBEAN PRIME RESIDENTIAL INSIGHT on web-page.