Despite the political and media pressure on offshore financial centers, like the Cayman Islands, new incorporations of offshore companies worldwide continue to grow.

A new report on offshore company incorporations by law and fiduciary firm Appleby shows that new company registrations increased in most offshore jurisdictions in the second half of 2013.

“As the global economy follows a path to recovery, offshore company registration data reveals that levels of new company registrations are up in most jurisdictions during the second half of 2013, with increases of between 5 percent and 10 percent,” said Farah Ballands, partner and global head of Fiduciary & Administration Services at Appleby.

Overall, there was a slight decrease in the combined total number of offshore incorporations due to a decline in incorporations in the British Virgin Islands, the offshore jurisdiction that attracts the most company registrations.

In the Cayman Islands, the number of new incorporations increased 5 percent last year, with the 9,433 new companies representing about 10 percent of the total registered companies.

The total number of active companies registered in the Cayman Islands of 95,530 in 2013 exceeded the jurisdiction’s 2008 pre-recession peak, Appleby’s biannual On the Register report said.

“Cayman has highly respected legislation and local firms that are able to provide a depth of expertise in legal, fiduciary, accounting, audit and banking services,” said Richard McMillan, managing director of Appleby Trust (Cayman) Ltd. “This year-on-year growth is no surprise as companies incorporated here are drawn by the jurisdiction’s contractual flexibility and legal certainty.”

The mix of exempt, non-resident, resident and foreign companies reported to be joining the Cayman register remained steady and similar to 2012, according to the Appleby report. The majority of companies on the register are exempt companies which carry out their activities outside of the Cayman Islands.

The Seychelles and Bermuda showed the largest percentage increase of incorporations of 29 percent and 16 percent, respectively, during the second half of 2013, but the British Virgin Islands continue to dominate new offshore company registrations by volume.

The positive trend for incorporations in the Cayman Islands continued in the first six months of this year.

According to statistics released by the Cayman Islands Registry, new company registrations increased 12 percent to 5,391 in the first six months of 2014 compared to 4,813 new registrations during the same period last year.

The number of active companies on the register jumped to 97,747 at the end of June.

In onshore jurisdictions, company registers in Hong Kong and China saw the largest increases in new company registration, which resulted in double digit growth rates of the total number of active companies, the report found.

In terms of the total volume, China reported explosive growth with more than 2.5 million new companies in 2013, an increase of 28 percent over the previous year.

In the U.K. the total number of companies on the register grew by 7 percent last year, and in the U.S. the latest available data from 2012 shows a 1 percent rise in the volume of registered companies.

This article was published in the Cayman Compass on August 20th 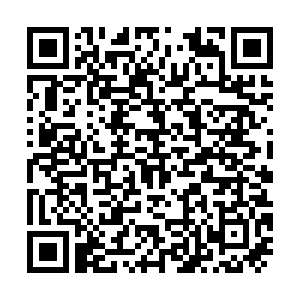 Scan the QR code with your smartphone to visit this CAYMAN ISLANDS; INCREASE IN NEW INCORPORATIONS REFLECT A HEALTHY ECONOMY on web-page.