Jeremy Hurst, broker/owner of IRG and President of CIREBA There are many ways to improve the Cayman Islands housing market, but none of them is directly related to real estate, according to a pair of local real estate brokers. “In Cayman… there is a pent-up demand for what is effectively a great product,” said Jeremy Hurst, broker, and owner of International Realty Group Ltd and president of the Cayman Islands Real Estate Brokers Association. “Cayman is a great product, let’s not forget. We are in a civilized, still relatively safe, zero-tax jurisdiction with a great infrastructure.”

Jeremy Hurst, broker/owner of IRG and President of CIREBA

There are many ways to improve the Cayman Islands housing market, but none of them is directly related to real estate, according to a pair of local real estate brokers.

“In Cayman… there is a pent-up demand for what is effectively a great product,” said Jeremy Hurst, broker and owner of International Realty Group Ltd and president of the Cayman Islands Real Estate Brokers Association. “Cayman is a great product, let’s not forget. We are in a civilized, still relatively safe, zero-tax jurisdiction with a great infrastructure.”

He said the market is beginning to show slight improvement, but it is coming at a slow pace.

Both agreed that changes need to be made in Cayman -- which last year was named the seventh-best place for wealthy individuals to reside, according to CNBC -- in order to stimulate the market.

Mr Hurst said issues like immigration, taxation and the airport have prevented the real estate market from rebounding strongly.

He said the rollover policy for expatriates could keep mid-level professionals from buying property because they are uncertain how long they will be able to stay.

He also said Cayman must attract more high-end wealthy investors, particularly from Europe. He said the only way to do that is to extend the airport’s runway in order to accommodate direct flights from Europe.

Above all, however, Mr Lund said talk of taxation needs to be taken off the table in order for wealthy individuals to feel comfortable enough to invest in property in Cayman.

He said the real estate market improves when investors feel like taxation is not an option.“

The problems we have right now are not directly related to real estate,” Mr. Hurst said. “People are not spending their money because of the uncertainty that’s created primarily by the concept of potential for taxation to be introduced.“

“We have to remove taxation totally off the table and once we’ve done that, the market will come back.’”

Mr. Lund’s suggestions focused more on cutting government bureaucracy and pursuing the development of potential projects on the island. He said developments like the George Town berthing facility, the Shetty Hospital, the Ritz-Carlton’s Dragon Bay, Cayman Bay and a handful of other condominium developments restore investor confidence. He said it is developments like these that give Cayman an advantage over other Caribbean islands or similar destinations around the world, but they must be developed at a faster pace.

“We’ve had a number of these projects that we desperately need in this country that are being stymied by the bureaucratic process of getting them from idea to reality stage,” Mr. Lund said.

“We’re in a much stronger position because we have several large projects starting within a year, and it’s that activity that drives real estate activity. It creates a sense of urgency and it also helps capital appreciate because we’re improving the infrastructure of the country. And the other islands don’t have that.

“The other islands maybe have a few projects going on. We have some huge projects and some really cutting-edge development that is happening in Cayman that other countries just don’t have right now.”

Mr. Lund sees two trends emerging that will impact the real estate market over the next five years. One is the development of the eastern districts, where construction for a major condo development is set to begin this summer.

The Shetty hospital also may end up being built in an eastern district. Mr. Lund said the second trend is the need for a deep water channel that will allow large luxury yachts to navigate from North Sound toward Dragon Bay and Cayman Bay.

Mr. Lund said the current setup doesn’t allow these ships to dock and for all on board – including the crew – to walk off the ship and come directly upon retail stores.

He said there are 125,000 boats registered in South Florida alone and that the Cayman Islands need to accommodate these privately owned vessels because the wealthy owners spend an average total of US $400,000 per visit when they dock and disembark.

Under the current setup, he said, these boats pass by the Cayman Islands in favor of islands like Turks & Caicos, which has built several marinas to accommodate private boating and yachting tourism. He said the Cayman Islands are missing out on millions, if not billions, of dollars. Both Mr. Lund and Mr. Hurst agreed that the need to protect the environment would be essential in such a project, which has not been formally proposed.

In a report to the Cayman Islands Chamber of Commerce, Mr. Hurst said that the real estate market continues to struggle this year. According to the Land Registry, land transfers are down 12 percent over the first quarter in 2009. He said sales through the real estate brokers association continue to decline when compared to the same period in 2009.

Mr. Lund said Cayman has been hit by recessions before, and that normally it takes about six months to recover. This recession, however, has scared investors, he said.

“I think the difference here is that it wasn’t just a recession, it was almost a collapse of the global financial system, and it scared the wealthy people this time,” Mr. Lund said. “Recessions don’t always scare the wealthy people because they’ve got enough money to get through it, and in this particular case, when Lehman Brothers went down, that scared… wealthy people. This one was different. It was so severe and it was so catastrophic in terms of being global.

“The real estate market right now can be 100 percent by this time next year because of all these projects in development, as long as people are able to act and make this happen instead of delaying it and talking about it. But that’s a key to our success over the next year -- getting these projects started.”

All Rights Reserved For permission to republish, please contact editor@caymannetnews.com 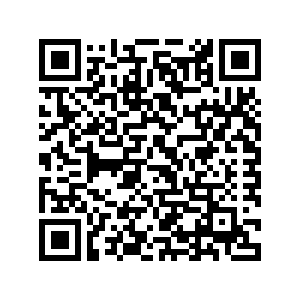 Scan the QR code with your smartphone to visit this Cayman Real Estate | Cayman Property Press update May 21st 2010 on web-page.