With the expansion of the Caymana Bay Town Centre westward toward Seven Mile Beach and the launch of the residential phases of the master-planned, new urbanist development, Dart Realty estimates it will invest another US$1.3 billion over the next 10 to 15 years, in addition to the US$1 billion that it has already invested in the development over the past decade.

Construction started on Caymana Bay in 2005, and so far the developer has completed more than 600,000 square feet of built space in the Town Centre, the area that is the commercial hub of the development, with a mixture of office, retail, restaurant and for-lease residential space, as well as a multiplex cinema and a school.

With the planned westward expansion, something that will be more easily facilitated by US$60 million of infrastructure work, the Town Centre will increase significantly in size and include the first of what is envisioned to be at least two hotels, said Dart Realty CEO Mark VanDevelde.

“Between the hotel and the Town Centre, eventual development will include a mix of residential, office and retail, along with the open green spaces typical of what characterizes Caymana Bay,” he said. “We are still at the conceptual stage of exploring what combination of mixed-use building and public spaces to develop ...We see this evolving organically over time and according to market demand.”

Currently, the only residential element of Camana Bay is for-lease apartments, known as The Terraces, above the restaurants and retail shops along the Town Centre crescent. The Terraces have been fully leased with a waiting list since they opened in 2009, Mr. VanDevelde said.

The decision not to sell The Terraces apartments was made for a specific reason, after some internal discussion.

“We debated making The Terraces for lease versus for sale in the planning phases,” he said. “The decision was made to ensure occupancy year-round rather than have vacation homeowners who may be here only a few weeks a year. For a town to be vibrant, it has to have residents present, using the public spaces, patronizing the restaurants, retail stores and bringing their family and friends into the Town Centre.”

With a resident community now assured, the expanded Town Centre will include similar upper floor apartments, but while some of those will be sold, others will be rented. There will also be a residential component of the new beach-front hotel, the preliminary plans for which include 100 residences.

Various kinds of for-sale residences have always been planned in Camana Bay, ranging from condominiums and semi-detached townhouses, to cottages and single family homes. The first phase of the residential for-sale build-out is set to begin after a delay of several years.

“We have submitted an application to the Central Planning Authority for 101 residential units immediately south of 89 Nexus Way, the building occupied by Ogier, Citco and Dart,” Mr. VanDevelde said. “While we have not finalized the construction timeline of these buildings, the canal-front condominiums will be offered around the US$800 per square foot range, with a premium reflecting their location in the heart of the existing Town Centre and surrounding residential market along Seven Mile Beach.”

The expansion of the Town Centre westward will be made possible by an “elevated plane” that takes development over top of a portion of the realigned and widened Esterley Tibbetts Highway and West Bay Road. Mr. VanDevelde said the elevated plane will largely consist of a concrete structure, but that there would also be some earth filling.

When completed, the elevated plane will be about 36 feet above sea level and give pedestrian connectivity to all of the Camana Bay development.

“This sea-to-sound connectivity represents a major step in achieving Ken Dart’s vision of a truly walkable Caribbean town that is the most livable community in the region,” Mr. VanDevelde said.

Parking for the expanded area of the Town Centre, as well as for the new five-star hotel, will be beneath the elevated plane.

“By locating parking and services in an understory structure with multiple access points, impact on neighboring properties will be minimized while allowing for enhanced views and vibrant streetscapes,” he said.

The build-out of the expanded Town Centre will come over the next 10 to 15 years. While the elevated plane is constructed – which is expected to take two years – there will likely be expansion to the current Town Centre.

“The next building to open in Camana Bay, 18 Forum Lane, will welcome its first tenants in August 2015,” Mr. VanDevelde said. “Owing to the market’s continued enthusiastic reaction to and interest in the various types of commercial spaces at Camana Bay, we are evaluating the next site for a mixed-use building within the existing Town Centre.”

In addition to the existing use of built-out space, Mr. VanDevelde said the master plan of Camana Bay also contemplates “a full-scale grocery store and additional types of retail shopping,” and that various locations north of the Town Centre are currently being studied as potential sites.

This article was published in the Cayman Compass February 4 2015 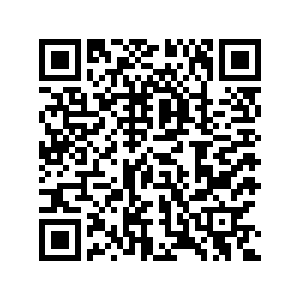 Scan the QR code with your smartphone to visit this Dart announces Caymana Bay investment will reach $2.3B on web-page.