Has the Rental market reached bottom?

Rental market reaches bottom The financial crisis has hit the Cayman economy hard. One area that has been indirectly affected by the slowing economic activity is the rental market. Rather than suffering from the ability or willingness of consumers to pay for certain products and services, rental prices have been largely impacted by the population decline in the Cayman Islands.

A comparison of the number of work permit holders and rental prices over time shows that for the most part both have moved in tandem. Work permit numbers and actual rental prices, as determined by the Economics and Statistics Office in its consumer price index, have fallen steadily since the second quarter of 2008.

The correlation is not a surprise given that a decline among work permit holders, who are much more likely to rent, from more than 26,500 in 2008 to less than 20,000 today will directly translate into a sizeable number of empty properties. The slowing demand dictates that rental prices would have to fall, and actual rental prices did in fact decline by 22 per cent since the second quarter 2008.

What is surprising is a slight increase in rental prices in the first quarter of this year to a level that was maintained in the second quarter, at a time when the number of work permit holders, and thus demand, continued to decline.

IRG real estate broker/owner Jeremy Hurst is sceptical that the latest increase will mean the beginning of an upward trend. He thinks it represents more likely the bottoming of the drop in rental rates.

“There is a point at which landlords are not prepared to drop their rents anymore and some landlords would rather wait to get the price they want than to rent at any price,” he said. “I suspect parts of the market have got to that point.”

IRG agent Samantha Payne is also surprised by the statistics showing a slight increase in rental prices during the last two quarters. “In my experience, rental prices have been steady and I agree they are no longer dropping, so may have reached their lowest, but I have not seen an increase,” she said.

One explanation for the net increase, according to Mr. Hurst, could be an influx of certain types of professionals such as accountants and lawyers in the first part of the year, replacing workers who would opt for cheaper rental properties.

“Demand has been quite strong for the higher-end properties and demand is strong for modern and beach front properties,” confirmed Ms Payne. “But there are still a lot of properties that have been empty now for several months.”

Overall she says landlords have become much more flexible with regard to rental terms, accepting shorter leases and the inclusion of break options. “Tenants do have a lot of negotiating power as there are still a vast amount of empty properties, but more so in areas off of Seven Mile Beach. Anything along West Bay Road still tends to go reasonably quickly,” she said.

In the face of declining rental income, however, landlords are slow to make additional investments into their properties and may be reluctant to make sometimes necessary improvements, she added.

For the rental market to recover, Cayman will need to see the start of new development projects, Mr. Hurst believes.

“If we can break ground with any of the major projects lined up, including the Dr Shetty Hospital, the Enterprise City, the port and airport, this will have a very positive effect on the health of the rental market, increasing demand especially at the one- to two-bed CI$1,000 to CI$2,500 level where there is still a significant surplus,” he said.

“In the long term this could also lead to an increase in rental rates and the development of new inventory in this sector, which in turn will create new jobs for the small- to medium-sized contractor, where they are ?much needed.” 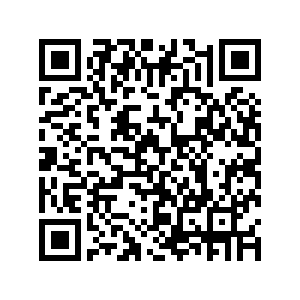 Scan the QR code with your smartphone to visit this Has the Rental market reached bottom? on web-page.