Island Heritage Insurance Company has acquired the Atlantic Star House building for US$8.4 million, in one of the largest Cayman Islands commercial acquisitions of the year.

Company chairman and CEO Garth MacDonald said the purchase made financial sense for the company and also is a demonstration of Island Heritage’s commitment to the territory. The company’s lease was up for renewal in 2012, so Island Heritage approached the building’s owner to see if they were interested in selling.“From an economic point of view, it made sense for the company to invest in our own premises rather than continuing to lease. From an operational point of view, the building seemed ideally suited to our purposes,” he said.

Island Heritage’s head office has been located on the second floor of Atlantic Star House since 2007.

The three-storey building is located south of Lawrence Boulevard near the Esterley Tibbetts Highway in the Seven Mile Beach area. The company intends to rename the building “Island Heritage House”.

“Island Heritage was established in the Cayman Islands in 1995 and the purchase of the building reaffirms our commitment to Cayman and our confidence in its economy. In addition to purchasing the building, we have also hired six Caymanians in our underwriting, claims and finance departments over the past year,” Mr. MacDonald said.

The hurricane-rated Cayman Islands commercial building has more than 12,000 square feet of office space and has disaster prevention and recovery features, such as being nearly 8 feet above sea level, and having self-contained power and freshwater supplies.

The purchase agreement was finalised in April, Mr. MacDonald said. Lands and Survey Department records indicate the sale officially went through in late May.“There are currently two other tenants in the building,” Mr. McDonald said. “Under a prearranged agreement the one on the first floor will be relocating elsewhere on island shortly which will free up the space for our expansion plans. The other will remain as a tenant for the ?foreseeable future.” 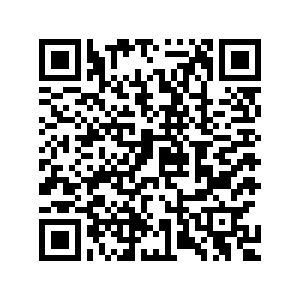 Scan the QR code with your smartphone to visit this Island Heritage buys Atlantic Star House on web-page.