So the recovery from worldwide recession moves forwards in stops and starts with the term double dip being used more frequently than any of us would like. The European and US economies report cards grades range from below average C’s to outright F’s in many cases and only the Pacific Rim appears to be showing any signs of life.

So where does this leave the Cayman economy and real estate market, the two of which are of course intricately intertwined?

Well we’ve just come out of one of the best high seasons for stay over tourism and real estate sales for the past decade and as such it’s unsurprising that as we head into our traditionally slower time of year that both have cooled off. Sales volumes and numbers were down for the months of April and May, however increased significantly again in June and the good news remains that year to date statistics show sales of CI$322 million for the year until the end of June which are still substantially up on the year to date sales of CI$161 million achieved during the same period last year. So in summary mid year figures for 2011 show a 200 per cent increase in sales volumes over 2010. That said, the number of sales have not risen and in fact are slightly lower than 2010 which means that the dollar value of each sale is significantly higher this year than last and indicates that whilst the higher end of the market is recovering nicely, the lower end is still hurting.

That said compared to many economies of the world our issues appear to be and are highly manageable. As a community we’ve so far managed to avoid the spectre of possible taxation, which would be the kiss of death to an economy whose main sales feature is tax neutral position and we’ve done this through promising budget cuts and methods of new revenue raising projects, which will grow and diversify the economy.

We undoubtedly need to do a better job at balancing our budget in future before the FCO will have the confidence that we’re in control of our spending but we do have a range of projects on the starting line. Since my last report the projects covered by the Dart MoU have lined up along side the Shetty Hospital, the Special Economic Zone and the East End Port. So now we have the rerouting of the West Bay Road and completion of the bypass road to West Bay, the relocation and remediation of the dump and the creation of a new efficient waste management plant. If you this compare this picture to the one 18 months ago certainly it’s a rosier one.

The main threat now therefore is one of inaction. As of yet we have to see one of these projects break ground and that is essential for continued confidence in the economy and the continual improvement in the real estate market. The sales boom in the first part of this year was a vote of confidence in Cayman from both existing investors such as Dart and external investors who saw the many positives that Cayman has to offer. However we can only sustain this if the projects we are talking about substantially move themselves forward and do so soon. There are good signs in that both the Dr. Shetty Hospital and Special Economic Zones appear to have moved substantially towards acquiring sites, however the flip-flop we’ve been doing on the George Town Port is confusing and sends totally the wrong signal to the business community and to international investors. Frankly at this point I don't believe most of Cayman’s business community care much about who builds so long as the contract is an equitable one for Cayman, the contractor can perform and most importantly – we get it built!

Our greatest threat at this time is inaction. On the flip side of the coin, if we are able to move these projects forward, I see the real possibility of a boom in Cayman’s economy and a real estate market with growth that we haven’t seen since the mid nineties. We’re not there yet, but if we can take a few more steps in the right direction then there is a real chance we can fulfil our potential as one of the main growth centres of the Caribbean and Central Americas region over the next decade, growth which will assist at all levels in the real estate market, high, mid and low. 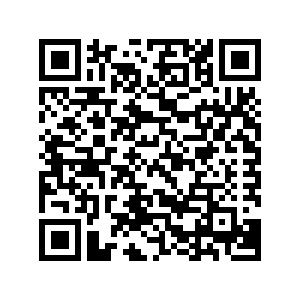 Scan the QR code with your smartphone to visit this June 2011 Cayman Real Estate Market Update on web-page.