Cayman Island Government leaders are emphasizing for the need for partnership with private sectors to work together to improve downtown George Town. On Thursday the Royal Institution of Chartered Surveyors held it’s second RICS Property Conference, with around 200 government officials and industry leaders at the Grand Cayman Marriott Beach Resort.

The theme of the event was “Building Substantial Communities” and setting infrastructure projects, such as the revitalization of Georgetown, and also the expansion of the airport and downtown’s road system, as a priority.

“This is not a time for short-term thinking. We want to breathe new life into downtown, making it an attractive place to live and play after 5:00,” Premier Alden McLaughlin stated during his opening remarks.

Chamber of Commerce CEO Wil Pineau said it’s time for the public and private sectors to come together and create a partnership for this long-term vision.

“The reality is we just can’t continue to put this off. There has to be some resolution to this issue. So hopefully over the next few years we will have a long-term vision that everyone will share and embrace for the revitalization of Georgetown,” he said.

A panel of RICS experts gave their professional insights at the conference on how they’ve seen development work on a global level, and how to use those same practices to help guide the future development of the Cayman Islands. RICS President Louise Brooke-Smith said it’s having realism behind “just” a pretty planning picture.

“It’s all about sharing that knowledge; it’s all about having a bigger picture. You can’t just have a complete free for all. There have to be checks and balances between any planning system and development approach. So there’s encouragement for development to take place but then there’s also a degree of control to make sure it is in the right place and the right standards,” she explained.

“The attractiveness of George Town as a place to do business for the finance sector is certainly impacted by the gridlock you can face now; it similarly impacts tourism. So it’s actually relatively dangerous, I think, for cruise passengers at present,” Conway stated. He also noted the need for a particular emphasis on mixed developed “bringing in some commercial use, encouraging more residential development, in fact making it possible through the planning laws, essentially making it a better place to do business.”“

Officials tell CNS Business that several road expansion projects are already in the works for this year, and that is just the start of it.

“It might be a small island here, but you are on a global stage and think about where you fit into that global picture, and work to international standards. It will open doors,” Brooke-Smith said. 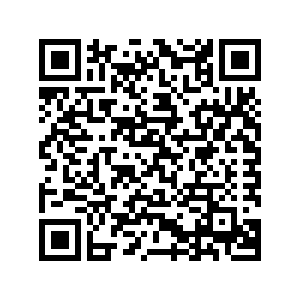 Scan the QR code with your smartphone to visit this Revitalization of George Town critical on web-page.