Rich are target of immigration changes

Wealthy individuals who own property and want to live in the Cayman Islands or spend more time here without working will be the focus of the next round of legislative changes to the immigration law, the premier has said. The bulk of the changes impacting work permits will be dealt with via changes in the process and regulations, he explained, rather than in policy or legal amendments.

Alden McLaughlin said that efficiencies regarding the work permit system will come once a private sector partner is found during the current tender process for the development of an online system, but his government is also focusing on ways to encourage the rich to spend more time here.

McLaughlin said that, following the changes to reinstate a caregivers certificate, the government had no more plans to overhaul the immigration law or, indeed, make any significant changes to the policy direction. Future changes to improve and make the work permit system more efficient would come via changes to the process now, he said, rather than major policy changes.

What legislative amendments there will be, he said, will focus on wealthy or rich individuals who want to spend more time in Cayman enjoying their property by making it easier for them to live here.

Denying that a policy to make it easier for wealthy property owners to reside here was similar to those promoted by the former UDP administration, the premier told CNS that his government was “never going to sell statuses or residency rights”.

Government’s goal, he said, was to find ways to make it easier for those that own property to spend more time here without having immigration problems. He made it clear this was about investors and property owners who do not wish to work here or run businesses but who want to be able to come and enjoy their holiday or retirement homes more easily.

“We want to make Cayman even more attractive to wealthier people who already have or want to buy property here to enjoy it and even live here without working,” he said, adding that this would have a positive impact on the economy as they would be spending and consuming without impacting the workplace. “What’s not to like about that?” the premier asked rhetorically.

McLaughlin said this was a positive policy as it would see wealthy residents investing and spending without competing commercially with the local population but would instead be serviced by local businesses. He pointed out that the Cayman Islands was the kind of place that wealthy investors wanted to come to and that government would make some minor amendments to the immigration law to accommodate those type of visitors.

Positive about the future as the PPM government approaches the mid-term of the administration, McLaughlin said, “Cayman is in a good place.” However, he accepted that his government had to address the local unemployment situation, and where that connected with immigration issues would be the focus of changes to improve the immigration process with the planned investment in online technology.

Government is currently going through a tender process to find a private sector partner that will help transfer the bulk of the work permit process online, creating more transparency and coordination with the National Workforce Development Agency. The PPM has always stated that it wants to take a more administrative approach to permit decisions, removing the dependency on volunteer boards for granting or refusing permit applications and monitoring business staffing plans in larger firms.

Once the online process begins, it will be the regulations rather than the law which will need to be amended to help modernize what is currently a cumbersome manual, discretionary system that was designed to deal with a fraction of the more than 20,000 foreign workers and residents with the right to work that immigration currently deals with. 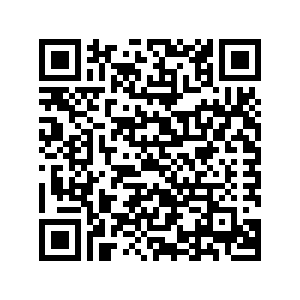 Scan the QR code with your smartphone to visit this Rich are target of immigration changes on web-page.