As IRG Ltd is in the very fortunate and beneficial position of being the Cayman Islands Affiliate for Knight Frank, we have the benefit of sharing all the latest global real estate trends with you, our clients and readers.

This latest news just in from Knight Frank London shows a remarkable and notable increase in 10 million sterling-plus transactions! As you read this very informative article you will come across the sentence; "The Russians are back" and you will also see that Chinese investment in the city of London is growing exponentially. This leaves IRG Ltd with the knowledge that, as the Knight Frank affiliate in the Cayman Islands, we are in a unique and fortuitous position to bring these highly qualified buyers to you, our vendors.

Between January and October this year, the number of £10 million-plus Knight Frank transactions in London increased by a third compared to the same period last year and was92% higher than in 2012.

It may seem counter-intuitive given speculation over the sustainability of price growth in prime central London and the prospect of a mansion tax after next May’s general election, which have both resulted in more subdued demand. However, a large contributing factor is that vendors, who are typically discretionary sellers, have lowered their asking prices by between 5%and 10% in order to achieve a sale.

“Once buyers re-priced at a more realistic level and the gap between the expectations of the vendor and the buyer closed, it triggered a flurry of activity,” said Tim Wright of Knight Frank’s Prime Central London team.

In June and July this year, Knight Frank sold as many £10 million-plus properties as during the previous four months combined.

“There has been talk of a drop in the number of transactions in the market and a slowing of price growth but this is due to the lack of data in the public domain,” said Richard Cut of Knight Frank’s Prime Central London team. “In the last quarter there have been a large number of flats bought from plan, ‘off market’, which have moved prices up and in some cases quite significantly. These sales only become public on completion and would paint a different picture of the market if they were factored into day. An example of this is the success of British Land’s Clarges Mayfair development.”

The higher number of transactions is also underpinned by strengthening demand in recent months, with Russian buyers re-emerging after a period of uncertainty and Chinese buyers increasingly active in the £10million-plus price bracket.

“The Russians are back,” said Tim. “After a period of uncertainty and instability, they appear to have more clarity on where they stand, which has given them the confidence to get back into the market.”

In the six months to October, Russian buyers accounted for 21% of super-prime sales compared to 13% over the preceding six month period.

Given the economic backdrop in Russia, there is a marked difference between those that hold assets in roubles and those in US dollars, which his curbing the buying power of some.

This year also saw mainland Chinese buyers become active in the super-prime market for the first time, accounting for 3% of sales after negligible demand in previous years. “We are beginning to see some serious interest from ultra-high net worth mainland Chinese buyers,” said Tim. “Interestingly, it seems to be houses rather than flats or investment properties. These are buyers who clearly intend to spend time living in London with their families.”

Signs of weakness in the Chinese economy mean there is an element of a ‘safe haven’ purchase. However, Chinese companies are growing their global footprint, which is also driving demand in London.

The rising level of Russian and Chinese interest is underlined by the growing number of Tier One investor visas granted to nationals from the two countries. Though there has been strong growth this year, to some degree this is due to the fact the visas became more expensive in November, with demand rising before the change.

Prices of £10 million-plus homes have risen 48% since the last low-point in March 2009 but annual growth has been moderating since the double-digit rises recorded after the financial crisis, easing to 3.3% in October. “Some buyers will remain cautious in the run-up to the general election,” said Richard.

“However, the sort of global geopolitical instability that drives capital into London and underpins demand will remain.”

To learn more about how IRG Ltd can help you and how our affiliation with qualified buyers can sell your home, please call IRG Ltd on 1 345 623 1111 or email us at [email protected] or visit our website. 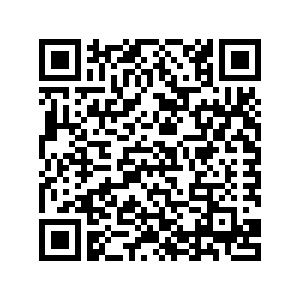 Scan the QR code with your smartphone to visit this SUPER-PRIME SALES RISE AS RUSSIAN AND CHINESE DEMAND GROWS on web-page.