Recent reports by the World Bank and the Economic Commission for Latin America and the Caribbean (ECLAC) indicated that whilst the region is holding steady despite tighter external conditions, increased uncertainty over China‘s ability to sustain its own growth is taking its toll on the region's growth currently now forecasted at 2.3% for 2014.

According to the International Monetary Fund (IMF), the impetus for global growth should come largely from the recovery of the advanced economies which are currently strengthening. These include key Caribbean dependents such as the US, Canada and Europe. Additionally, a strengthening UK market and five year high exchange rates between the British Pound and the US dollar are also contributing to increased interest for investment in some preferred Caribbean destinations. Taking this into consideration along with the more balanced forecasts for commodity trading, we may at last be seeing the long awaited positive signs needed for long term recovery.

Whilst a large number of construction projects still remain on hold, the banks acceptance of the problem has stimulated a more practical and efficient process of evaluation of its liabilities. The output of this realization is a slow but sure movement in the market place. Recent project re-starts and sales of some larger distressed assets indicates that confidence is returning to the region, especially by experienced developers with deep pockets or with access to large private funds.

As stated in BCQS's 2012 Market Trend Report, the greatest challenge to funders still remains the disposal of non-performing assets and, faced with the prospect of a slow recovery ahead, developers and purchasers alike have started taking the plunge in order to net the biggest catch.

For many of the small countries prevalent within the region, construction and real estate continue to provide a significant contribution to annual GDP, not just in sales, taxes, import duties, soft costs and occupancy taxes, but also as a significant employer, providing much needed revenue for these very small and vulnerable economies, heavily reliant on external source markets.

Following on from 2012, 2013 has seen a slight decline in visitors to the region, however, this has been neutralized with a marked increase in South American visitors, a market which is currently growing rapidly and up 13% on 2012 according to latest Caribbean Tourism Organization (CTO) reports. Nevertheless, whilst a modest reduction in the numbers of visitors to the region has been identified, these visitors are now spending more than in the previous year. The identification of more expendable income should only be seen as positive, as it could in turn lead to more stimulation of the regional real estate markets in the medium term. In addition to this, the three main indicators for the accommodation sector; room rates (ADR), revenue per available room (RevPAR) and occupancy levels have also shown positive signs of growth in 2013, a trend which appears to have continued into the first half of 2014.

Some of the latest government incentives implemented to rouse the region have come in the form of 'Economic Citizenship Programmers.' Although similar schemes have been applied with moderate success in Antigua and Barbuda, the latest country to adopt this is St. Kitts and Nevis; who to date appear to be reaping the rewards, but at what costs long term? Whilst other countries are closely monitoring the scheme under an increasing pressure for market stimulation, the prospect of selling off citizenship is not applauded by all.

Ultimately regional success will come down to the implementation of the hard task of continuous improvement in each country's own domestic environment as a means to attract Foreign Direct Investment (FDI) back to the region, a mammoth task for cash strapped governments in a floundering economy, nonetheless challenging times call for innovative measures.

Our research has shown a collective year-on-year average decrease in construction costs across our sample data of -2.40%, albeit our detailed range of results shows more extreme fluctuations between ± 5%. From our analysis, we can determine that Contractors have not only reduced profit margins but started to implement some of the minor material price reductions driven by commodity pricing levels in conjunction with potential labour reductions. Using reliable commodities pricing forecasts to predict the construction costs for each jurisdiction moving forward, we have ascertained that only nominal positive increases in construction costs are likely occur across the region through to 2017, however certain smaller locations could become more subject to greater fluctuations where legislative change or commencement of projects have a more direct impact on the country at large.

With wide acceptance of the financial challenges facing the Caribbean and regional banks starting to take the initiative in unloading some of their non-performing assets at realistic price points, it seem plausible to suggest we are at last changing direction. Added to this are the positive trends in regional accommodation sector indicators which are forecast to continue, and the bottoming out of the property pricing levels which have been evident in most locations for a while but are rapidly approaching for others.

Taking this into context against the region on the whole, the last twelve months have seen the resale and recommencement of a number of projects in the Northern Caribbean, where real estate transactions are on the increase driven by the US markets. In the Eastern Caribbean, St. Kitts has also seen increased activity in recent months, whilst in Barbados two large hotel acquisitions have taken place, perhaps spearhead by the strengthening British Pound in a more predominantly UK and European led market. Even so, all of this seems to indicate that investor confidence is returning but more cautiously.

Whilst the Caribbean remains a desired destination for many travelers, the right signs need to be seen in order to entice these visitors to reinvest within the region. Although we all agree that the economic crisis is not over, the worst is most definitely now behind us. So for those with deep pockets, access to funding, a healthy appetite or the ability to effectively manage the risks of development in the Caribbean in trade for fruitful long term gain, the time for making a move seems to be now. After all, as Sir Winston Churchill said, "Difficulties mastered are opportunities won." 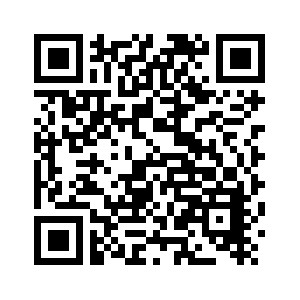 Scan the QR code with your smartphone to visit this THE CARIBBEAN MARKET OVERVIEW on web-page.