House prices around the world

More countries recorded a rise in house price in the year to June than at any point since the start of the global financial crisis but Europe is still lagging behind.

Dubai tops the annual rankings for the fifth consecutive quarter, recording annual price growth of 24% but this is down from 27.7% in the year to March 2014. The Emirate’s mainstream market is outperforming the luxury end of the market due in part to the mortgage rules introduced by the UAE Central Bank which are less restrictive for those buying residential property worth below AED 5 million.

Ireland’s staggering rebound continues. In Q3 2012 Ireland was in 54th position in our table of annual growth, Greece was the only country to perform worse at this time, but now Ireland finds itself ranked in third place with prices having increased by 12.5% in the year to June.

The rate of growth in the US slowed in the second quarter with annual price growth of 6.2% recorded in the year to June compared to 10.3% in the year to March. Prices in the US may slow further as the stimulus used to aid the economic recovery post 2007/8 continues to be withdrawn by the Federal Reserve.

Despite the fact that more countries are seeing positive price growth, the gap between the strongest and weakest performing housing markets has remained relatively constant in the last two years at 30-35 percentage points. Countries at the bottom of the table are no longer recording double-digit annual price falls but those at the top are stretching further ahead. A few European countries have separated from the pack, and risen up the table in the last quarter suggesting a two speed Europe is emerging. Turkey, Ireland and the UK are the frontrunners, whilst Cyprus, Greece and Slovenia are firmly lodged at the foot of the table.

The jury looks to be out on whether the European Central Bank will commence a programme of quantitative easing. This would help support some of the weakest performing EU markets but with some economists making comparisons between current conditions in Europe and Japan’s ‘lost decade’ it’s likely Europe will remain the weakest performing world region for some time.

The Knight Frank Wealth Report 2014 confirms increasingly close economic links between the world’s leading cities. So how are these links shaping residential property investment between these cities?

One of the more high-profile property trends currently taking place in locations such as central London, downtown Los Angeles and Manhattan, is the growing presence of large Chinese, Indian, and other emerging market developers, who are competing to buy the best available residential development sites. The drivers for these investments are varied, with geographic diversification being an obvious rationale. Perhaps less obvious is the desire to build globally recognised brands.

There is no better way to confirm to your domestic market, whether in China, India, Singapore, Malaysia or Brazil that you are one of the globe’s leading developers, than by securing the best sites, in the best locations, in the world’s best cities. The flows of wealth, economic activity and migration mean that the world’s leading business and financial centers, are seeing property markets increasingly moving together.

There are a small, but growing, number of cities which share the characteristics of global markets. New York and London head the list. When we move to Asia, Hong Kong and Singapore appear as almost joint regional city leaders in this ranking, although Shanghai and even Beijing are becoming increasingly important cities in terms of their ability to attract investment from global UHNWIs. Within the Americas, Miami increasingly acts as the leading investment center for Latin American wealth. Partially as a result of this investment, prime market prices here have risen 26% over the past four years. Los Angeles, which attracts investment from across the US as well as Latin America and Asia, has seen a similar level of price growth as Miami over recent years – with a 14% uplift in the 12 months to June 2014 alone.

While London dominates the prime investment landscape in Europe, Paris is still an important city market for investors from within Europe and the Middle East. Price growth in the French capital after 2009 was positive, but this was due to relatively robust growth up to 2012. Since this time the market has weakened due to ongoing national economic concerns.

Dubai’s increasingly important role as a regional economic and wealth hub, for the Middle East and North Africa means that investors and developers are sharpening their focus on the performance of its prime residential market.

Please watch this space for more updates on the residential market in Ireland, Hong Kong and Singapore, just to name a few.

As an international affiliate of Knight Frank, IRG Ltd stays on the forefront of global trends and is therefore the go-to source for real estate and property investors from around the world. 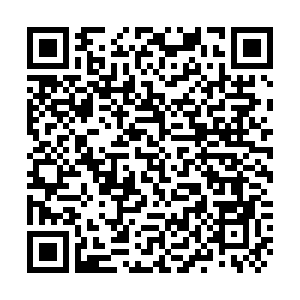 Scan the QR code with your smartphone to visit this THE LATEST GLOBAL PROPERTY TRENDS FROM INTERNATIONAL AFFILIATE KNIGHT FRANK on web-page.