The Past and Present of Cayman's Commercial property market

Just over six years ago marked the start of the current ‘financial crisis’ when two CDO hedge funds run by Bear Stearns that had large holdings of US subprime mortgages declared that they were halting redemptions. Given that Caymans commercial space market is dominated by offshore financial service providers, the damage done during this ‘financial crisis’ has not been as bad as one may have feared.

The additional inventory at Camana Bay and Cricket Square with its high quality design, construction, infrastructure, systems and management has raised the standard for class A office space in Cayman, with the effect that many buildings that previously were considered class A, can no longer be classified as such going by BOMA (Building Owners and Managers Association) standards.

Class A office space remains extremely strong. Vacancy rates have dropped and remain well below 5%. Base rental rates (before taxes, maintenance and insurance), have continued to increase every year over the period and the gross occupancy cost for tenants has also increased due to the increase in common area maintenance (CAM) charges.

The class A office space base rent, is now comparable with midtown New York and the West End of London. These rents are only sustainable if the Cayman financial services sector continues to attract high margin business. The recently released government statistics for 2012 show some encouragement in this regard, namely, an increase in the total employed population and an increase in company registries, both exempt and foreign and resident companies. These increases, combined with a burgeoning insurance and reinsurance sector indicates that the class A office space market continues to look bright in the short to medium term.

Both Camana Bay and Cricket Square have leased more than 80% of their new buildings. We would expect both of these new buildings to be fully leased by the end of the year meaning that the vacancy rate for class A space will decrease to under 2%. While there are two new class A buildings projected to come onto the market over the next eighteen months we anticipate that rents in this sector will continue to climb 2-4% per annum with a continuing low vacancy rate.

The class B office space market remains in a state of depression. This sector suffers from a high vacancy rate and lower net rents. Total class B inventory has increased by seven hundred thousand square feet or nearly 150%. This substantial increase in supply has put downward pressure on class B rents and vacancy over the period. The vacancy rate for class B space is now 17% with base rental rates having declined 25% over the last six years. There is currently just under 200,000 square feet of class B office space available for lease, with the current annual absorption rate of class B space at 50,000 square feet it leaves the market with approximately a four-year supply. Some class B landlords have begun to review infrastructure and initiate capital improvement programs to compete and retain tenants, but even with these improvements we believe they will need to consider increasing concession packages to attract new tenant’s. Realistically, barring a huge expansion in the world economy, some of this class B office space will never again be leased as office space. For many buildings there may be a higher use as residential, retail or institutional spaces. The new cruise ship port combined with a thoughtful and targeted regeneration of central George Town will allow some of these buildings to consider a change of use which would be beneficial for Landlords and residents alike.

The ‘financial crisis’ seems to have affected some sectors of the economy more than others. Large multinational financial services companies and multi jurisdictional legal firms, who typically occupy class A space, have thrived over the past six years, expanding their occupied space and in many cases willing to pay higher rental rates for better quality space. Conversely, small and medium financial services firms together with service business’ serving the local market, who typically occupy class B space, have contracted the amount of space they previously occupied and have managed to negotiate rent reductions.

Over the next five years we do not anticipate the class B inventory to increase, it will more likely decrease as some buildings drop down to class C space, while others will be redeveloped or change their usage. The absorption rate through the ‘financial crisis’ has remained strong and with class B base rental rates approaching half that of class A rates, we believe vacancy rates will decline and base rates will stabilize in the class B market.

International Realty Group Ltd. (IRG) is Cayman's leading commercial property broker, specializing in the leasing, sale, acquisition and analysis of office, retail and general commercial space in Cayman and on commercially zoned raw land for development. IRG also provides tenant and landlord representation services to a wide range of Cayman commercial property owners, investors and tenants, and provides strategic advice on Cayman property asset and property management based upon our 25 years of experience in the commercial property business.

IRG has an unrivalled working knowledge of the Cayman commercial space market and can offer its clients access to the only 20-year historical office space database in the Cayman real estate market, invaluable for market analysis and feasibility studies and assisting in tenant and landlord negotiations. IRG develops customized office and retail leasing and sales programs for our clients' properties and offers tenants and investors the widest available knowledge of the Cayman office space market. 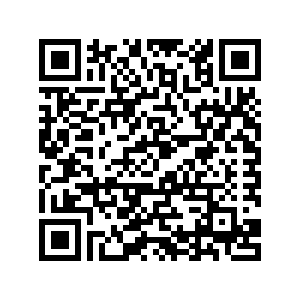 Scan the QR code with your smartphone to visit this The Past and Present of Cayman's Commercial property market on web-page.