The newly announced 2000 bed Health City to be developed over 12 years in Grand Cayman starting January 2011 will be a tremendous boost to the Cayman Real Estate market says IRG's Owner/Broker Jeremy Hurst.

The project which received the full support of the Cayman Islands Real Estate Brokers Association CIREBA, of which Mr. Hurst is President, will have a fundamental effect on Cayman's economy and provide significant opportunities for the Cayman property investor and owner.

See the full report from the Caymanian Compass below:

Indian cardiologist Dr. Devi Shetty revealed that his planned $1 billion, 2,000-bed medical tourism hospital in Cayman would likely be operational in mid-2012 and will break ground in January next year.

Shetty, flanked at a press conference by senior government officials, said the first phase of the Cayman Narayana Health University, which will include 200 beds, will be staffed by 800 employees, with 160 being Caymanian.

The tertiary-care hospital, which will be built in three or four phases, will cater primarily to American patients travelling to Cayman for cardiology, orthopaedic, cancer and major general surgical procedures. All its senior surgeons and medical staff will be recruited initially from the United States, Shetty said.

The heart surgeon said the Cayman-based hospital would offer healthcare to Americans at 60 per cent less than the cost they would pay in the US.

The location of the hospital was not revealed, although Shetty said he was looking at a shortlist of locations and a decision on where it would be built would be made in the next few days.

“It does not really matter where on the Island we locate the hospital because most of the patients will be coming from the airport,” he said.

Premier McKeeva Bush and Shetty signed an agreement at a press conference on Wednesday - a deal that will facilitate the establishment of the hospital, and which includes duty concessions on equipment and supplies, but not on construction, and discounts on work permit fees.

Details of the agreement, which Cabinet green-lit on Tuesday, and an economic impact assessment done by international consultancy firm Grant Thornton, have not been made public, but officials said both would eventually be released.

The government has harkened the medical tourism project as the dawn of a third pillar in Cayman’s economy, along with the financial services and leisure tourism.

“The investors have the funds, they have the confidence in us, they will have to ensure that everything done is to ensure their investment is protected. On our part, our officials must ensure the Cayman Islands gain on all fronts,” Mr. Bush said.

With 2,000 beds at the hospital, the issue of medical waste will also have to addressed and member of the Legislative Assembly, Cline Glidden said the government was looking at a “holistic” approach to the overall waste problem on the Island, saying an announcement would be made “relatively soon”.

The model for a large medical tourism hospital in Cayman is based on a successful one Shetty has built in his hospitals in India where high-volume, low-cost heart surgeries and cancer treatments are available.

He said this model could work in Cayman, despite its high cost of living, because it is competing with the “unrealistic” cost of healthcare in America.

Health minister Mark Scotland said the new hospital would make services and treatments now sought by Caymanians in US and other overseas hospitals available on Island.

The Cayman government spends an average of more than $1 million a month on overseas medical care for indigent members of the population due to a lack of insurance or under-insurance, Mr. Scotland said. “It is shocking to think how much of our healthcare dollars are being spent offshore,” he said.

He insisted the new hospital would not replace primary health care facilities at the private Chrissie Tomlinson Memorial Hospital and the government’s Cayman Islands Hospital. “Rather it will partner with them to achieve the greatest level of healthcare access at the most economic cost,” he said.

He said both local hospitals could refer cancer patients, for example, to the Cayman Narayana Health University, instead of sending them off Island.

Cayman’s proximity to the United States makes it an attractive medical tourism option. With recent amendments to healthcare legislation in the United States, millions more Americans will have access to medical care there, but are likely to have to endure a long wait before being treated, Shetty said.

He said those reforms in medical healthcare in the US meant an opportunity for medical tourism in Cayman, saying US healthcare is a $2.5 trillion industry, but 30 per cent of its population was not covered.

“There is a serious problem out there. Mr [Barack] Obama, with his honourable intentions has brought about great reforms that will touch the lives of millions and millions of people, but it is going to build a waiting list. Today, people who are not entitled, soon when they enter a hospital in the US... will be told ‘Yes, sir, you are entitled to a bypass but take your seat and wait for six months. No one would like to wait for six months for a heart operation, and this is an opportunity for the Cayman Islands,” he said.

He said his group, which consists mostly of doctors, had received quotes from eight countries in the Caribbean region, but he had opted for Cayman because he foresaw “in the next one or two decades, Cayman Islands will be the only country in the world which will have great political stability which will be important to safeguard out interest”.

Following a recent story about the proposed project in the Wall Street Journal, he said he received 600 applications from American surgeons, doctors and nurses.

He said Caymanians would benefit from the project by having a “world-class healthcare destination in your own country” and by having a medical university on island where young Caymanians could be educated and trained as medical professionals.

Mr. Bush and his colleagues visited Shetty’s latest medical facility, a cancer hospital in Bangalore, in December. That 500,000 square foot facility has 1,500 beds and is the largest of its kind in the world. 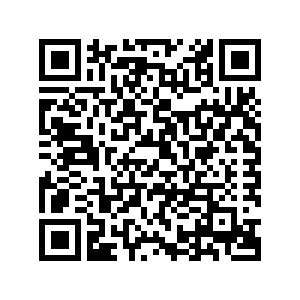 Scan the QR code with your smartphone to visit this 2000 Bed Health City to Boost Cayman Property Market on web-page.