A fully operational Cayman Enterprise City officially launched on Friday, 3 February with an event at the Royal Palms.

Premier McKeeva Bush spoke about how Cayman Enterprise City rapidly became a reality after he announced he had signed a memorandum of understanding to create a technology-based special economic zone at the Cayman Business Outlook conference in January 2011.

“I am delighted to announce today that Cayman Enterprise City, Cayman’s first special economic zone, is open for business,” he said. “It is an incredible accomplishment when we consider how much the elected government, the civil service and Cayman Enterprise City have achieved together in 12 short months to make this project a reality.”

“The principals have established offices both in Dubai as well as here in Cayman and have hired and trained over 20 staff,” he said, pointing out that the majority of those hired were Caymanians. “That is the kind of result my government wants to see. That is why we work hard and give concessions to investors.”

“I believe that today’s launch represents a new beginning, an added dimension to the Cayman Islands economy that will benefit our people for generations to come,” he said.

Mr. Bush said Cayman Enterprise City was still on track to break ground on its permanent location during the first quarter of this year, with construction starting in the second quarter. The first of three phases of the development is expected to be completed within two years. However, Cayman Enterprise City operations will commence this week.

“To enable CEC to start stimulating our economy straight way and rather than having international clients wait for the first phase of the campus to be completed, the CEC principals have identified four initial gateway locations in existing office buildings in and around George Town,” Mr. Bush said.

Those four initial locations were listed in an order published in an Extraordinary Gazetted dated Friday, 3 February. They include: The building known as Breezy Castle near Owen Roberts International Airport; The Grand Pavilion on West Bay Road; The Mirco Centre in Industrial Park; and Baytown Plaza on West Bay Road.

Cayman Enterprise City CEO Jason Blick said the initial locations, which were declared to be a part of the special economic zone for a period of five years unless extended by Cabinet, were chosen for a couple of reasons.

“The focus was, as much as possible, to take space from Caymanian landlords,” he said. “The flexibility of the space was also a key driver.”

Although the scattered buildings would serve to allow the special economic zone to commence operations while the first phase of the zone’s permanent home is constructed, Mr. Blick said in the longer run Cayman Enterprise City needed to be in one place.

“There’s not a single free zone anywhere is the world that doesn’t segregate the SEZ,” he said, noting that, among other things, special economic zones get certain concessions that need to be clearly separated from the local economy. Not having them in one place would make them impossible to police, Mr. Blick said.

“That’s why most free zones in the world are fenced in,” he said. In addition, the companies in special economic zones share various infrastructure – everything from IT to conference rooms – and even employees in some cases.

He said many of the companies that will establish in Cayman Enterprise City will have significant IT requirements, which is why the project’s data centre alone will cost up to $18 million.

“Having [the special economic zone companies] … in one hub is the only way you can get efficiencies of scale,” Mr. Blick said.

One of the concessions given to Cayman Enterprise City is expedited review of applications to establish in the zone. This review is conducted by the recently established Special Economic Zone Authority, which is required by law to either grant or refuse the application within seven days of application or after additional information requested has been provided.

Mr. Blick said the process involves having a company first sign a letter of intent to establish in Cayman Enterprise City, after which the company submits an application to the Zone Authority. If approved, the company then signs a lease agreement and can start operations immediately.

Last week, the first five applications from companies applying to establish in Cayman Enterprise City were submitted to the Zone Authority and Mr. Blick said he expects some of the companies to move into offices at the Baytown Plaza – in the building were HSBC is located – this week. Those offices have already been fitted out with furniture and basic IT requirements, he said.

In total, 10 different companies are scheduled to establish in Cayman Enterprise City over the next month, Mr. Blick said.

Speaking to those in attendance at the launch party on Friday night, Mr. Blick said Cayman Enterprise City had delivered on what it had promised so far and talked about what it would deliver in the future.

“We had a company call us last week and say they were moving into Cayman Enterprise City on April 1st and that they needed us to find 10 people for them,” he said.

Mr. Blick, who wouldn’t reveal the name of that company, said it would be setting up a 30-person office here.

“This is the biggest thing that has come to Cayman is a long, long time,” he said. “One of the biggest benefits I see is job opportunities for our Caymanian kids.”

Mr. Hill said he was impressed at how well the government worked with Cayman Enterprise City to make the project a reality so quickly.

“The private sector took an initiative and the government listened,” he said. “It’s just like they way it worked years ago.” 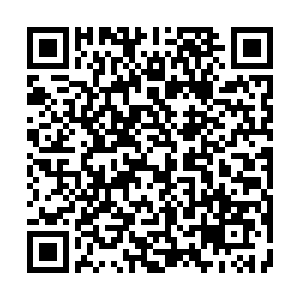 Scan the QR code with your smartphone to visit this Cayman Enterprise City another boost to Cayman Real Estate Market on web-page.