IRG in the community

On November 20th, IRG’s Head of Luxury Real Estate, James O’Brien, spearheaded a fundraising gala and golf day in support of Cayman Islands resident, Noel Watkins. Husband and father of two, Mr. Watkins is currently undergoing medical treatment in the United States for a rare and aggressive form of cancer. The event, which included a formal dinner and auction, was hosted at the Ritz-Carlton Resort Grand Cayman and drew together a prestigious guestlist of generous donors who contributed more than $100,000 towards ongoing medical expenses.

More information about Noel’s cause can be found at:

On Saturday, a contingent from IRG attended the DMS corporate Cup at Truman Bodden Sports Complex. The annual event draws together teams of competitors from a variety of Cayman Islands corporations including CUC, ProYacht, Deloitte, KPMG and Corporate Electric to name a few. The teams battle it out over a series of events that test their athleticism and teamwork. More than 200 participants took part in challenges that included a 4x100m relay, rifle shooting, swimming, tug-of-war and a classic sack race. Each year, DMS Broadcasting nominate a beneficiary charity to receive donations from the event. This year’s charity was Jasmine, a not-for-profit organization, dedicated to providing dignified medical, emotional and compassionate care, free-of-charge, to anyone in the Cayman Islands with life-limiting or end-of-life illnesses.

This is the fourth consecutive year that IRG has been a title sponsor of the event; each year agents from IRG’s residential and commercial property teams, along with members of the firm’s management team setup a “Hydration Station” to provide the teams with beverages such as mimosas throughout the course of the event.

While the IRG team celebrated Cayman’s corporate teams at the DMS Cup, Broker/Owner, Jeremy Hurst was chairing a virtual summit on behalf of Rotary International Zones 33 & 34. The Summit of Champions was originally due to take place in Pittsburgh, Pennsylvania, the ‘City of Champions’ but due to travel restrictions surrounding the Global COVID-19 pandemic, the event had to be shifted to a virtual format. In his role as General Chair, Jeremy was among the chief organisers for the event, which drew together over 1,400 Rotary Leaders and Rotaractors from across the Mid-Atlantic and Southeastern USA and the Caribbean from Pennsylvania to the coast of South America.

These three events mark the latest in a line of community initiatives that IRG has supported throughout 2020.

Commenting on IRG’s commitment to community support, Jeremy Hurst stated, “As a firm, we live by a mantra that is pioneered by Leading Real Estate Companies of the World: ‘We’re Local, We’re Global’. We believe that we have an obligation to contribute to the communities that we support, whether they be here in the Cayman Islands or further afield. In a year that has presented a global crisis that has dramatically affected our way of life, it is more important than ever that we continue to offer our support wherever and however we can.” 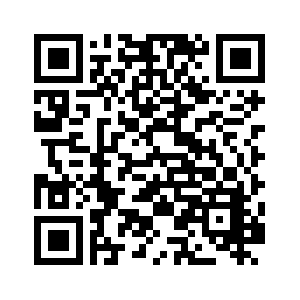 Scan the QR code with your smartphone to visit this IRG in the community on web-page.