THE CAYMAN ISLANDS IS THE QUINTESSENTIAL OFFSHORE JURISDICTION

THE LAWYER just published this special report on the Cayman Islands;

If there was ever a perfect time to make your career move to the Cayman Islands, it would be now!

The Cayman Islands dominates the offshore world, but can it maintain its leading position?

The Cayman Islands is the quintessential offshore jurisdiction. Tax-neutral, with a government and financial regulator keen to keep up with the latest developments in the financial services sector, Cayman has ridden out the financial crisis and a considerably intensified focus on regulation with its business sector in good health.

That health has drawn increasing numbers of law firms to the island. Currently, 12 of the Offshore Top 30 have a Cayman office, with several smaller Cayman firms thriving. Cayman has also pulled in a small number of onshore firms to launch offices, with Irish funds specialist Dillon Eustace and US litigation boutique Kobre & Kim both present on the island.

There are now 34 firms and sole practitioners listed on the Cayman Islands Law Society directory, and in excess of 400 lawyers – with the 12 in the Offshore Top 30 employing around 370 lawyers between them.

But Cayman has also had to contend with attacks from groups campaigning against ‘tax havens’ and some corners of the mainstream media arguing that its company registration laws allow for deliberate tax avoidance at a time when it is increasingly important for tax revenues to be collected.

In the offshore world Cayman’s main claim to fame has always been investment funds. In the past decade the number of funds licensed, administered or registered in Cayman has increased dramatically. Much of that growth came in five short years before the recession hit, with an increase of 66 per cent in the number of Cayman funds between 2004 and 2008.

Since then fund registrations have dropped off a little as the hedge fund industry consolidates following the heavy hit it took with the financial crash. Cayman Islands Monetary Authority (CIMA) figures for 2012, the most recent available, show there were just under 9,000 licensed, administered or registered fund structures in Cayman plus 1,891 ‘master funds’, which were required to be registered for the first time under new rules.

Despite the number of funds being lower than in the previous year, with subscriptions down and redemptions – where an investor withdraws its money from a fund – up, net income and the net asset value of all Cayman funds had risen.

The decline in the number of funds between 2008 and 2012 reflects a global trend, but lawyers report that in the past year things seem to be returning to normal, with funds practices beginning to get busier again.

“The investment funds and hedge fund industry is still here – and pretty much exclusively here,” says Campbellsmanaging partner Ross McDonough. “There was a slowdown of that type of work before the financial crash but it seems to be picking up again right now.”

Carey Olsen Cayman managing partner Jarrod Farley says the crash meant a lot of “dead wood” in the funds sector was cleared out, enabling the market to mature.

“What you’re left with is a mature market where fund launches are balanced out by funds reaching the end of their lives,” he notes.

The Cayman funds industry has also been relatively unaffected by EU efforts to regulate its alternative funds industry. When the alternative investment fund managers directive (AIFMD) was mooted several years ago some predicted that managers would migrate their structures to the EU in response to investor demand for more transparency. In fact, this appears not to have happened to any great degree, with the major change being an increase in parallel structures allowing a choice between Cayman and the EU. This is largely because Cayman’s investor base is still predominantly outside Europe. The US, as a close geographical neighbour, has always been a strong source of money for Cayman funds. Meanwhile, Asian investors also like the Cayman structure.

“AIFMD, for many users of Cayman, is a bit of a sideshow,” says Ogier’s Cayman practice partner Nick Rogers. “It’s important and they’re all having to consider whether to embrace it or work around it, but for the majority of the Cayman-registered hedge funds AIFMD and access to investors isn’t the whole driver of the decisions they’re making.”

Investment managers using Cayman funds are overwhelmingly based in the US, with the greatest proportion of funds managed out of New York. Managers in the UK look after the next-largest proportion of funds, according to CIMA data, but there is a sizeable amount of money managed from Connecticut, California, Massachusetts and Illinois as well as New York.

The three top jurisdictions for the administration of Cayman funds are Cayman itself, the US and Ireland.

Although there might have been a slowdown in fund registration work in recent years, funds litigation has helped keep Cayman funds practices alive.

“The past couple of years have been strong for commercial litigation work. I suspect the really big-ticket litigation is starting to wane a little and corporate activity is starting to pick up,” says Mourant Ozannes’ Cayman managing partner Neal Lomax.

“We’ve benefitted from quite a bit of fallout from Madoff and other schemes that became exposed when liquidity dried up,” McDonough adds.

Several cases have gone all the way through the Cayman courts system, with some even reaching the Privy Council to decide on key issues such as redemptions and suspensions as well as winding-up petitions and insolvencies.

Cayman structures are most often used for hedge funds, but the jurisdiction also has a strong private equity industry. This is harder to monitor but lawyers note that looking at company registration statistics gives a fairly good idea of the sector’s health. Traditionally, most private equity funds run out of Cayman have been set up as exempted limited partnerships (ELPs), but there is now a trend for private equity funds to use the exempted company structure instead.

Registering a private equity fund as a company rather than an ELP is less flexible but gives more legal protection and involves lower maintenance costs. Also, it does not require a director to be resident in Cayman.

The ELP legislation was updated earlier this year, making it easier for funds to redomicile to Cayman, lifting restrictions on the types of entities that can act as a general partner (GP, or manager) to an ELP and giving GPs the power to choose where they want to hold the ELP’s register.

The changes mean that ELPs now recognise secured creditor status, thus potentially avoiding litigation and making it easier for a lender to take a floating charge over an ELP’s assets.

ELPs are not caught up by recent changes to the Cayman directors’ law, which addresses concerns many had over the fact that it was possible for an individual to be a director of hundreds of Cayman companies.

The new rules ask individuals to apply for a ‘professional director’ license if they want to be a director of more than 20 companies, including exempted companies. Companies that act as directors also have to apply for a license. The resulting registry will be publicly available, although the information will be limited – it will not, for example, disclose which entities an individual or company is a director of.

Dillon Eustace Cayman partner Matt Mulry says the directors’ law is a “great improvement” on the powers Cima formerly had, and that this is a direct response to international calls for more regulation in the financial services industry.

While hedge and private equity funds have always been Cayman’s main selling point, it is trying to bolster its market share in other areas. One of these is insurance – an area usually associated with Bermuda than Cayman.

“The insurance market is quiteinteresting because Cayman has, over the past decade, been building up a strong captive market,” says Kevin Butler, managing partner ofConyers Dill & Pearmanin Cayman.

Although Butler acknowledges that Bermuda is still the market leader in this space, he says more reinsurers are looking at Cayman, and that changes to insurance legislation in 2012 have helped.

Walkers’ global managing partner Ingrid Pierce points out that Bermuda has implemented legislation in response to the EU’s Solvency II directive, which Cayman has not, and this might also be bringing some insurance business into the jurisdiction.

The other key growth area for Cayman appears to be private wealth. Lomax and others say the jurisdiction is gaining market share.

Harneys’ Cayman managing partner Marco Martins says Cayman structures are attractive to high-net-worth individuals (HNWIs) and families around the world, from the developed markets of North America to the developing markets of Latin America and China.

“The thing that unifies increased demand is the explosive growth in wealth – from Cayman you can access the world’s pool of assets,” Martins explains.

He adds that wealthy individuals or families who might previously have chosen a British Virgin Islands (BVI) structure for their wealth are now looking at the Cayman, as the jurisdiction’s trusts and company structures are more sophisticated.

More broadly, Cayman’s corporate business continues to be strong as companies still choose the jurisdiction as a domicile for a holding company to be listed elsewhere. Data gathered by Apple by shows Cayman is consistently the busiest offshore jurisdiction for M&A activity, attracting 164 deals in the first quarter of 2014. In comparison, there were 107 deals in the BVI and 96 in Bermuda.

Lawyers feel deal activity will continue to be steady, primarily for deals involving more complex structures, and they expect workflow to remain good this year.

“The jurisdiction has critical mass – it would be difficult for a new offshore jurisdiction to break in at this point,” concludes Farley. 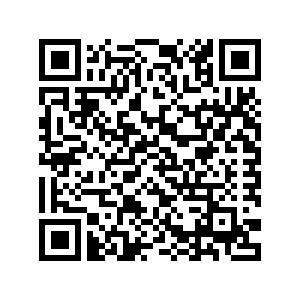 Scan the QR code with your smartphone to visit this THE CAYMAN ISLANDS IS THE QUINTESSENTIAL OFFSHORE JURISDICTION on web-page.