Officials in the United Kingdom’s Foreign and Commonwealth Office have ‘agreed in principle’ to green-light CI$155 million of borrowing that will allow the Cayman Islands to sustain its operations through the next budget year, which begins 1 July.

The CI$155 million of borrowing is CI$52 million less than the $207 million requested by the Cayman Islands Government.

“The Minister (referring to Mr. Bellingham) welcomed the positive action taken to date and commended the Cayman Islands’ Government on the measures proposed in their three-year plan to restore public finances to a sustainable footing."

Further commenting after their meeting in London Tuesday, the minister and premier said: ‘We had an excellent meeting today, which we believe will be the start of a new and positive partnership between the UK and the Cayman Islands. We have agreed in principle that the Cayman Islands Government can undertake additional borrowing next year. This agreement will help the Cayman Islands deliver its three-year plan to deal with the impact of the global slowdown.”

Speaking from Brussels, Belgium Tuesday night, where he travelled to for another meeting on Wednesday, Mr, Bush said he was very happy with the outcome of the meeting.

“There is a new partnership between the Cayman Islands and the United Kingdom,” he said. “The night is far spent and a new dawn is at hand. I am extremely pleased with my discussions with Mr. Bellingham about the way forward.”

Mr. Bush said the discussions during the meeting went beyond just the budget matters “into the United Kingdom’s relationship with its Overseas Territories”.

Commenting on Cayman’s three-year plan, Mr. Bush said it included cost-cutting measures as well as revenue-raising methods like the divestment of government assets, inward investment and medical tourism, but no direct taxation.

“I said I wouldn’t support any kind of direct taxation and Mr. Bellingham understood my position,” Mr. Bush said. “He said they wouldn’t push it.”

The acceptance of the three-year plan means divestment of government assets “was no longer in question”, Mr. Bush said. “The UK supports the plan, but the funds from divestment must go to pay off our huge loans and to build up our general reserves.”

The premier also said he was very thankful to Governor Duncan Taylor for his cooperation during the meetings.

More details of Cayman’s new budget plan are expected to be presented at the Legislative Assembly next week.

An initially proposed $576 million government spending plan for 1 July has been rejected by Cayman Islands lawmakers as too expensive. Negotiations between the government and elected officials on ways to reduce costs have since resulted in a “significant reduction” to that figure, according to the premier.

Lawmakers are facing a tight time-line to approve the upcoming budget, which will be presented to the Legislative Assembly on 15 June. Politicians will have just 13 days total – nine working days – from 18 June to 30 June to debate the spending plan.

Mr. Bush also noted that government’s revenue estimates would be considerably less than the $562 million originally included in the 2009/10 budget. Those revenue projections, at last check, had fallen to $490 million in the current year.

The Cayman Islands is expected to end its budget on 30 June with about a $50 million operating deficit, despite reducing expenditures by nearly $30 million since the start of the year. The Islands ended the 2008/09 budget year with an operating deficit of $81 million.

Civil servants will be getting a 3.2 percent pay cut starting 1 July.

It was unlikely that the Cayman Islands would be able to make ends meet without the ability to borrow further in the upcoming 2010/11 fiscal year. In the current spending plan, Cayman had to borrow $254 million to pay current expenses and also settle the previous year’s debts. 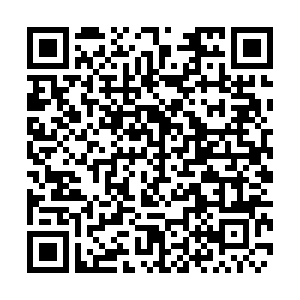 Scan the QR code with your smartphone to visit this UK approves borrowing with no direct taxation - Boost to Cayman Property Market on web-page.