UPWARD AND ONWARD FOR THE CAYMAN ISLANDS REAL ESTATE MARKET

According to the newly published Cayman Islands Real Estate Market Review 2014, the current trends indicate upward movement and continued growth. New and confident investors with new money has been pacing and reinforcing the economy after years of sluggish performance post 2008.

Jeremy Hurst, Broker and Owner of International Realty Group in Grand Cayman says 2014 sales figures look set to equal or exceed 2013’s half-a-billion dollars, which is already the largest gain in years. “The statistics are a good sign,” he says.

Several other Cayman Islands Brokers have only optimism as they look ahead at the last quarter of 2014 as there have been a significant number of sales at the higher end of the market ranging between $2.5 million and $5 million.

Seven Mile Beach is still and will always will be a hot ticket; some of the newest developments have only one unit left where they used to have six or eight. The Water colors, the newest and without a doubt, the most luxurious condominium on Seven Mile Beach has already sold 41 out of 57 units.

The Cayman Islands commercial market is benefitting from the construction of an 80,000 square foot office building in Camana Bay. Further down Seven Mile Beach, the $200 million Kimpton Hotel Development is promising to set a new standard in tourism and in the heart of West Bay Road the 42,000 square foot mixed-use Caribbean Plaza is almost fully tenanted. In fact almost 98% of all commercial space has been absorbed as companies are relocating to the tax free jurisdiction that the and unique lifestyle that the Cayman Islands provide.

The Shetty Hospital in Grand Cayman’s Eastern Districts, which opened its doors in February of 2014, is expected to spur some retail activity in the town of East End and its surrounding neighbourhoods. Also announced in February of this year, the much talked about Ironwood Golf Community development is still in its early stages of planning and approval.

Without a doubt, the slight uptick in the world economy has transpired into growth for many of the financial entities and legal and accounting firms in the Cayman Islands. Figures released on August 19th by the Economics and Statistics office show slowly improving GDP, up by 1.2% and an inflation of only 2.2%. Real Estate, rentals and construction was noted as the chief drivers of the positive growth. “The first quarter performance suggests that the economy is on a sustainable recovery path,” according to an ESO press release quoting the Cayman Islands Finance Minister Marco Archer. Calling the recovery “broad based” Mr. Archer predicted “an overall GDP growth of 1.9% in 2014.”

Jeremy Hurst from International Realty Group noted that it was exactly that broad based recovery that was boosting real estate. “I would make two points,” Hurst said. “The first is a general [economic] solidification and stabilization, and the second is the result of our investment in diversifying the economy. Dr. Devi Shetty’s Health City Cayman Islands is a step into medical tourism whilst the ‘green shoots’ of sports tourism are indicated by the CONCACAF tournaments which were hosted here in Grand Cayman and Cayman Brac respectively.”

Hurst continued. “Cayman is doing very well in terms of the people and the reputation of the tourism industry. It’s the best in three years, and this has a knock on effect on the real estate market, which has a lot of predominantly high quality product superior to a lot of stuff [elsewhere] in the Caribbean.”

Indeed, tourism figures are up, and that means more stay-over visitors, thinking about more property. Each month in 2014 has witnessed more air arrivals than corresponding 2013 months, topped by figures this April which were 23% greater than last year. Visitors have been pondering second or third homes and Seven Mile Beach and Cayman Kai is seeing a lot of interest.

Hurst’s assessment of future trends is, essentially, upward and onward: “As long as it stays on track, we have a very bright future, with a lot of new investors across the Caribbean and overseas.”

“Our fundamentals are strong and we are resilient. I know I have to be positive, sure, but I think there is some real substance to it,” Hurst said.

IRG (International Realty Group Ltd.) is the Cayman Island's leading integrated real estate provider, offering its clients and customers a comprehensive range of high quality professional real estate services in the residential, commercial, investment and development sectors. Providing in depth local expertise along with a truly global presence and a proven reputation for delivering timely results, IRG’s dedicated team of property professionals are passionate about providing the highest possible level of Cayman property expertise. We are a leader in most fields of the Cayman real estate market, specializing in Cayman's luxury beachfront and water front homes and condos, prime Cayman commercial property including office and retail space, as well as providing detailed and tailor-made development feasibility studies, market analyses and strategies for all types of Cayman property. 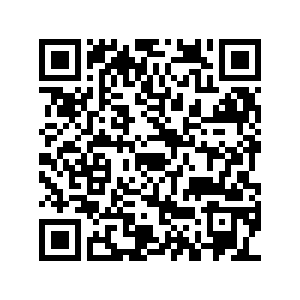 Scan the QR code with your smartphone to visit this UPWARD AND ONWARD FOR THE CAYMAN ISLANDS REAL ESTATE MARKET on web-page.