IRG Ltd Cayman Islands posted a news release on August 19th where we looked at a very positive increase in the Luxury Real Estate Market as reported by one of our international affiliates; Luxury Portfolio. Hot on the heels of that particular report follows the Knight Frank report which was published last week. This report in particular shows that Prime residential property prices around the world rose by 2.4% in the second quarter of 2013, according to the latest edition of the Prime Global Cities Index. The index, which tracks the price performance of luxury homes across 28 cities, now stands 27% above its financial crisis low in the second quarter of 2009.

This brings us to ask which city saw the largest rise in prime prices. It may surprise some of you but Jakarta is at the top of the rankings for the third consecutive quarter having recorded annual growth of 27.2%! With the economy in Indonesia growing at a rate of 6% per annum it is therefore no surprise that the bustling city is becoming a focus for new wealth in the wider Asia Pacific region.

Looking towards the Middle East Dubai was also a high performer where luxury prices are 21.6% higher than a year earlier. The price of prime villas began to rise in early 2012 and apartments are now following suit in Dubai.

European capitals such as Rome, Paris and Madrid continue to occupy the bottom rankings, although the rate of price falls has slowed considerably which may be related to the European economies leveling out five years after the economic crash. Other European locations like Monaco and in the UK, London to be exact find themselves mid-table, recording annual price growth of 8.2% and 6.9% respectively.

Prime prices in Singapore look to have flouted the government’s seven rounds of cooling measures by rising 5.5% in the second quarter, but this was primarily due to high end sales in one key project: Twenty one Anguilla Park.

Here in the Cayman Islands the upswing in the luxury market has been mirrored in IRG’s successes this year. Although the local Cayman Residential market is a mainstay for IRG, there has been a notable increase in buyers from the US and Canada, most markedly Texas, New York State and Toronto, and those looking to escape the Eurozone. Interestingly, with both Knight Frank and Luxury Portfolio having such an immense on-line presence there is a new phenomenon of cross-pollination with the UK based high net-worth investors coming via the US dominant Luxury Portfolio referral network. European buyers are being channelled through the well established; London based Knight Frank chain of offices in 16 key jurisdictions. IRG Ltd Associate Broker Jeremy Hurst states “Our analytics show a diverse range of enquiries in terms of currency, language and origin and we have a strong conversion rate from enquiries to sales”.

With the glimmer of hope of an airport expansion Miles has optimism that “regions such as Russia, South America and even Asia from which we get a tremendous amount of qualified leads that Cayman can be made more accessible. IRG’s global reach through this world wide web of property professionals, gives our properties, and the Cayman Islands as a first class investment destination immense exposure to qualified buyers worldwide, and we are committed to marketing the Cayman Islands as a secure investment destination to a global market.” 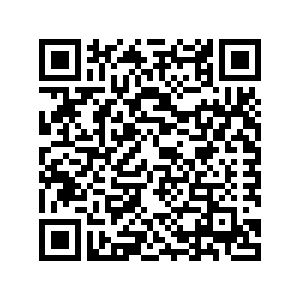 Scan the QR code with your smartphone to visit this IRG's Global Affiliate gives Luxury Residential Insight on web-page.