Positive news for Cayman from the British Prime Minister

Jeremy Hurst, BROKER/OWNER at IRG responded to an article the Caymanian Compass published on September 13th where the national newspaper shared good news that reached Cayman from across the big pond. British Prime Minister David Cameron said in the House of Commons that he believes British overseas territories and crown dependencies should not be labelled “tax havens” since they have agreed to take the necessary action on tax information exchange with the United Kingdom, international tax cooperation and beneficial ownership earlier this year. Cameron’s statement was in answer to a question by Labour MP Fiona O’Donnell about when “the 10 U.K. tax havens among the U.K.’s overseas territories and crown dependencies” will sign the multilateral convention on mutual and administrative assistance in tax matters. The Prime Minister’s reply was “I do not think it is fair any longer to refer to any of the overseas territories or crown dependencies as tax havens. They have taken action to make sure that they have fair and open tax systems,” Mr. Cameron said.

Jeremy Hurst of IRG felt that the positive news could not have arrived at a more fortuitous time “As the Cayman economy is closely connected to that of the US in so many ways, we as realtors really felt the effects of the 2008 economic downturn. We acknowledge that the leaders of Cayman have worked tirelessly in order to sign tax transparency agreements where needed in order to maintain and boost our vital financial industry over the past several years. Prime Minister Cameron’s statements are welcomed as he, in many ways, has now cleared the path for international investors who can utilize the Cayman Islands financial industry with peace of mind”

The convention developed by the Organization for Economic Cooperation and Development and the Council of Europe was endorsed by the Group of 20 nations as key to ensure the rapid implementation of a new global tax standard governing the exchange of tax information during a meeting Sept. 5 in St. Petersburg, Russia.

“Clearly we appreciate the comments by the honorable Prime Minister. Given the facts, like the OECD/FATF reviews, we believe it is about time Cayman starts to receive some credit,” said Gonzalo Jalles, CEO of Cayman Finance.

“The crown dependencies and overseas territories, which matter so much – quite rightly – to the British people and members [of parliament] have taken the necessary action and should get the backing for it,” Mr. Cameron said. It is the first time Mr. Cameron has expressed support for U.K. overseas territories and crown dependencies after putting “tax transparency” at the top of the agenda of the G-8 and the G-20.

Jeremy also feels that the encouraging news would provide a boost to an ever growing Cayman Islands Real Estate industry. More reports on international luxury real estate growth can be found on the IRG media pages. “For the discerning investor we have an incredible collection of luxury properties and we at IRG also benefit from global networks like Knight Frank and Luxury Portfolio in order to find the dream Caribbean home for the high net worth investor, who can now consider Cayman as a safe haven”

IRG is the Cayman Island's leading integrated real estate and relocation services provider, as dedicated property professionals we offer our clients and customers a comprehensive range of high quality, professional real estate services in the residential, commercial, relocation, leasing and property asset management markets. We are a leader in the fields of luxury residential, prime commercial sales and leasing, development and investment property, and also offer feasibility studies and market analysis. 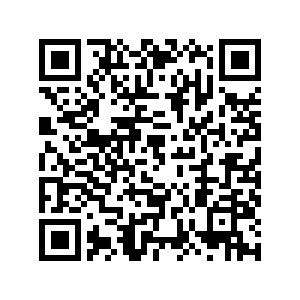 Scan the QR code with your smartphone to visit this Positive news for Cayman from the British Prime Minister on web-page.